A little bit of history

St. John’s church is a grade 2 listed building. The site of St. John's Church was freely given to the Church Building Commissioners by Benedict John Angell in 1852, and the cost of the building was met by William Stone of the Casino, Herne Hill. The architect was Benjamin Ferrey and the contractors were Messrs. H. and R. Holland whose tender was for £5,302. The church and the vicarage are built on an island site, with a church green between the two.

The church was designed in Perpendicular Gothic style, and faced with Kentish ragstone and Bath stone dressings. At the west end there is a substantial three-stage tower which is battlemented and finished with octagonal corner pinnacles. The battlements have a chequer work pattern of red and cream-coloured stone. The interior is simple, with nave arcades of four plain pointed arches resting on octagonal piers. There is a small organ gallery beneath the tower.

The church was consecrated by the Bishop of Winchester on April 30, 1853; a district was assigned in the same year. It has undergone many changes since its consecration in 1853, with renovation in 1877 and the addition of a Parish Room to the north side of the chancel in 1882. 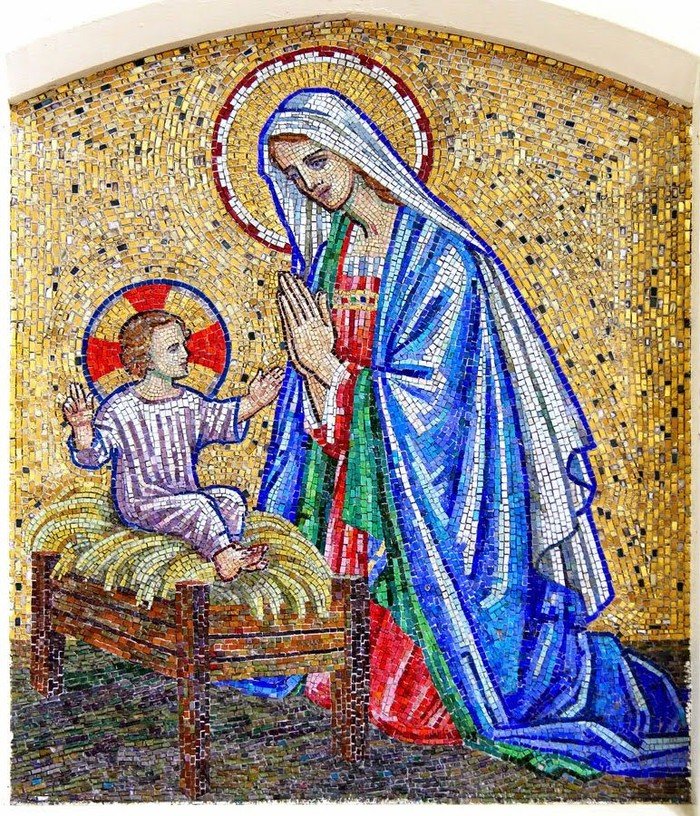 In 1929, the church was graced by the addition of a mosaic of the Madonna and Child (as seen above) by famous mosaicist, Gertrude Martin, whose other works are in Cathedrals in England and Ireland and in the Palace of Westminster. Examples of her work and story can be found on page 16 & 17 of the June 2016 copy of the Westminister Cathedral Magazine.

The church was badly damaged by fire in 1947, following which the church was divided. The nave up to the chancel arch was retained for worship and the chancel, less its north wall, rebuilt as a separate hall.

The Vicars in the 1950s and 1960s were well known for their service to the newcomers in the community. They started a Caribbean Club to welcome the Windrush Generation, and are credited with the beginning of good race relations in the Lambeth Area.

For a more personal story of the Church around this time, please click here to view My Memories of St John's Angell Town Church 1935 to 1956, by Rosemary Harris (nee Palmer).

After a long period of neglect, the building became unusable for worship, except during the summer months. A successful fundraising programme has enabled repair work to take place on the building to restore it to full use for worship to the designs of Thomas F. Ford. The altar now stands beneath the chancel arch; the east end of the church is now used for parochial purposes.

Now, the church is no longer surrounded by rolling fields and new build Victorian villas, instead it is surrounded by social housing estates. Even with the change in community, St. John's still stands out as a significant feature of the local area, and contributes to the life of the local community. 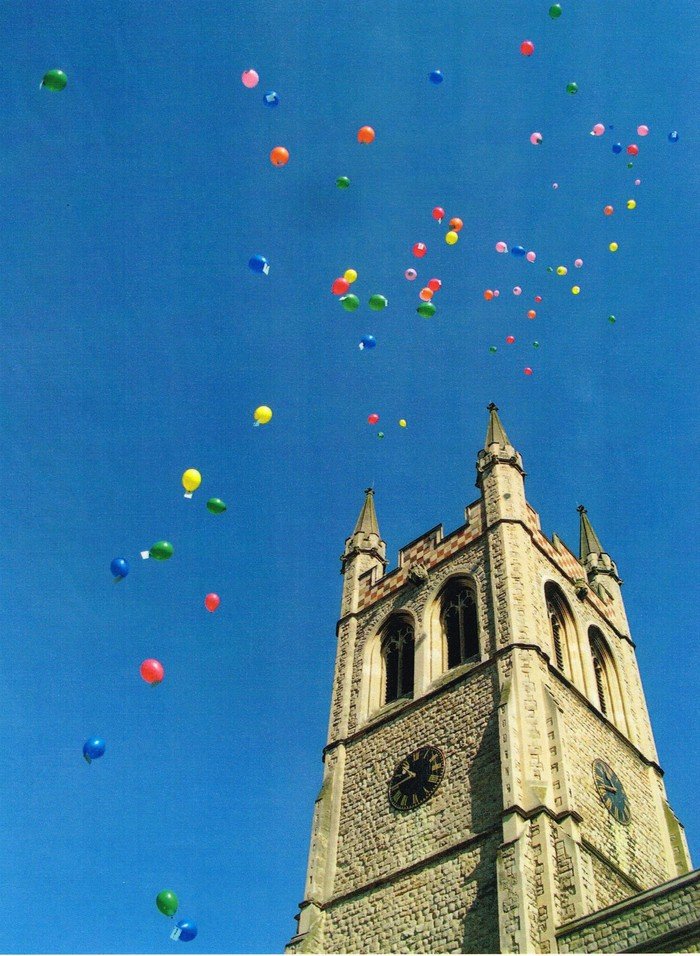